By Ross McCarthy3rd May 2017 No Comments

Popular images of negotiations come loaded with lazy tropes. The smoke filled rooms (years after smoking bans) still get rolled out as they convey a sense of shady deal-making and finagling that is rare in reality. Chemistry tells us that for fire to spark, you need fuel, heat and oxygen. For negotiations to succeed you need supply, demand and ultimately, time. These are the constants in this chemical process. If the dynamic of supply changes (for instance), it has an impact on demand and the time it might take to close a deal (i.e. slow it down, scupper it at the understood price point, or push it out to a future date).

While deals are brokered every day, the Brexit process is promising to offer a fascinating exposé of negotiating tactics. There is much that companies can learn from observing this process, especially as it relates to public procurement negotiation. Often suppliers struggle to influence public buyers and feel they are left with a take it or leave it scenario (a negotiation tactic known as the Russian Front). We will outline some of our observations on the initial negotiation tactics deployed by the EU and the UK and then put forward some views on what suppliers can learn from this.

From a theoretical (as well as a practical) perspective, the UK is in a very weak position beginning the negotiation process. If they were not, their language would not be seeking a collaborative approach to exiting the EU. They are looking to strike a trade agreement quickly or in parallel with negotiation of a set of preconditions for trade talks laid down by the EU. The EU is insisting the preconditions must be resolved first.

Despite the UK’s protestations that the EU needs the UK and that pragmatism will out, the EU is adopting classic arm’s length negotiating tactics. The Commission head has ruled out any deals with other Heads of State / Government – slapping down Teresa May’s assertion that she will negotiate a deal at the inter-governmental level. It is the UK against the EU – 1 vs. 27. Indeed, in the past week, the German Chancellor Angela Merkel, not known for megaphone diplomacy, referred to these misunderstandings in a speech to the Bundestag by stating that some in the UK were still suffering from illusions. This will be an adversarial process – Ireland is perhaps overexposed to english media and may not pick this up properly in its coverage of this process. The process is being covered differently in Le Figaro, El Pais and Der Spiegel to english speaking publications.

Given these circumstances, what can be learned from such fundamental misalignment of understanding and expectations?

Negotiation is a skill that requires practice. It is a process and people that understand this, understand it is a game – a high stakes game. This means there are rules that apply to successful negotiations and that like a game, they take place in controlled environments. The EU has been negotiating on behalf of the member states for decades. Britain’s landmark negotiations during this time were in Northern Ireland almost twenty years ago.

So far, the EU has played its hand very well. They have laid down a difficult set of preconditions for the UK to deal with before any talks can take place on a trade deal. It is no coincidence that the preconditions relate to politically sensitive matters for Conservative politicians in particular (if Labour were in government, I suspect the preconditions might be somewhat different).

Other sensitive matters being expedited for clever tactical reasons include providing Spain with a veto over the deal (which it had anyway) but presenting it in the context of Gibraltar. The issue of British military bases in Cyprus is also on the table as are international commitments to institutions like the European Investment Bank amongst others. All these matters have the potential to play havoc with the British political climate – whilst the Article 50 clock runs down (a deal must be struck within two years or a hard Brexit becomes a reality).

As David Allen Green recently put it in the Financial Times: “The EU knows what it wants, what its negotiating strengths are, how to achieve what it wants, and that “no deal” is not a real option. This is perhaps why the prime minister’s move after the draft guidelines were circulated was to call a general election to secure five years in power. But when the election is over, the guidelines will still be there. From the EU’s perspective, the UK general election is irrelevant.”

So what can the UK do to improve its position and what can suppliers learn from a scenario like this.

The UK needs to run parallel processes. They should be role-playing out what the Commission is likely to try and it should then generate options in relation to the EU’s possible positions. Currently, the Commission is adopting a transparent process while the UK is publishing very little. While this may not be the case in private, it currently looks as though Britain is being out-planned, out-thought, outmanoeuvred and outplayed at every turn.

For a country that has already defined its best alternative to no agreement (a hard Brexit), they are making the attempt to strike the next best agreement difficult. The UK needs to accept that this will be a position-based negotiation process rather than a principle-based one. This means that concessions come at a cost. If the UK insists on its position on (ending) freedom of movement, there are counter-measures that come as a cost for that position. If the UK concedes on this, it will be politically difficult but the prospect of free trade deals along the lines of Norway and Switzerland become more achievable. In position-based negotiation, hard bargaining tends to yield hard counter-responses and soft bargaining tends to achieve compromise. This early phase has highlighted this particularly well. Position-based negotiation is often gruelling and can be very hard on relationships. It is in the EU’s interest to avoid developing relationships with the people on the other side – this distance makes it easier to avoid compromises. Obduracy and differing tactics can strain relationships.

The UK has tried to raise the prospect of principle-based negotiation (the euphemism deployed is making a success of Brexit) but this has been rejected on multiple occasions by the EU. For this approach to be adopted, there has to be an acceptance to share the problem, a desire to reconcile interests and a willingness to jointly problem solve. It is difficult to see how this is in the EU’s interests. Brexit raises existential issues for the EU – it is not in the EU’s interests to make the consequences of leaving the EU palatable in any way. This does not mean it will be vindictive. The transparency already being deployed by the EU will be used to demonstrate that they are being adversarial rather than vindictive. The UK will need to compromise quite significantly on the EU’s pre-conditions before they get to begin talks on trade. They are in a weak position and they know it. The right wing press in the UK will make any compromise politically difficult.

Lessons for suppliers from the early stages of Brexit

Suppliers need a strategy going into any negotiation. Understanding the proximity of the relationship, the level of competition they face and the dynamic at play in the relationship can help them develop an appropriate strategy. Companies can have very successful relationships using arms-length relationships once they have a clear strategy for the relationship in place. For instance, suppliers of cleaning products or plant hire equipment can have regular, profitable work without ever being strategically close to buyers.

Things become more complex when a collaborative relationship sours, as is the case with Brexit. Companies can work towards profitable collaborative relationships however, even where errors have been made, by being open and by maintaining clear, transparent lines of communication with the other side. The problem and its resolution has to be owned by the supplier and an appropriate remedy applied. In the public sector, where this is done, suppliers must be afforded the chance to bid for work and win work again (by law).

In conclusion, companies can learn from the early stages of Brexit by: 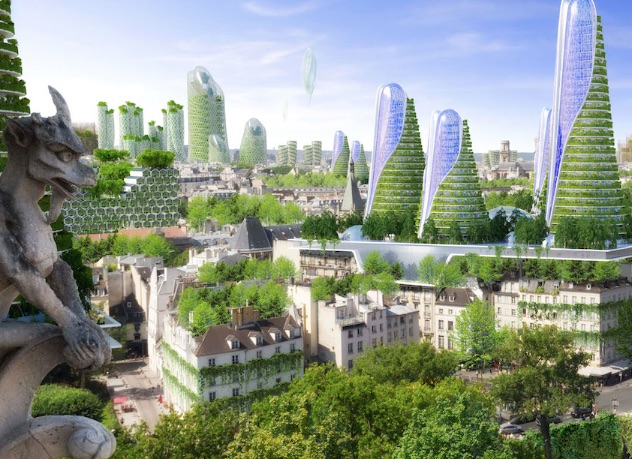